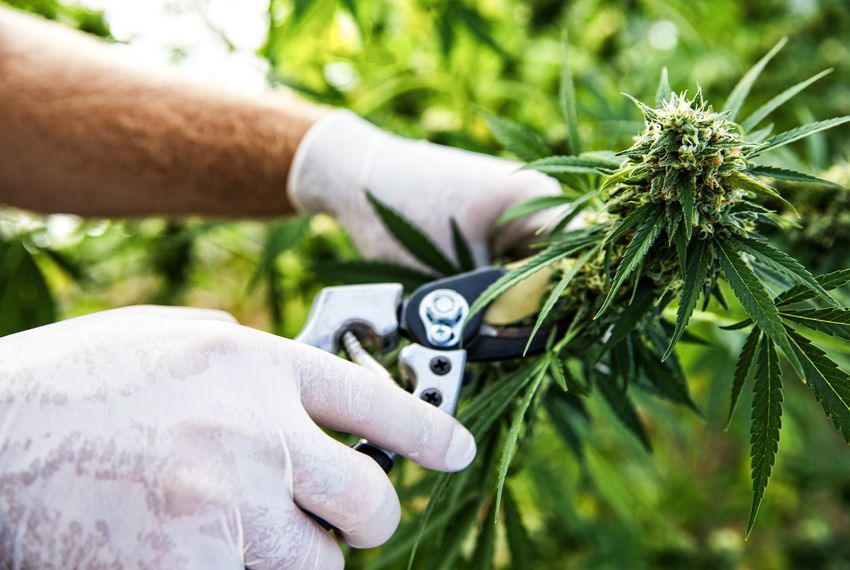 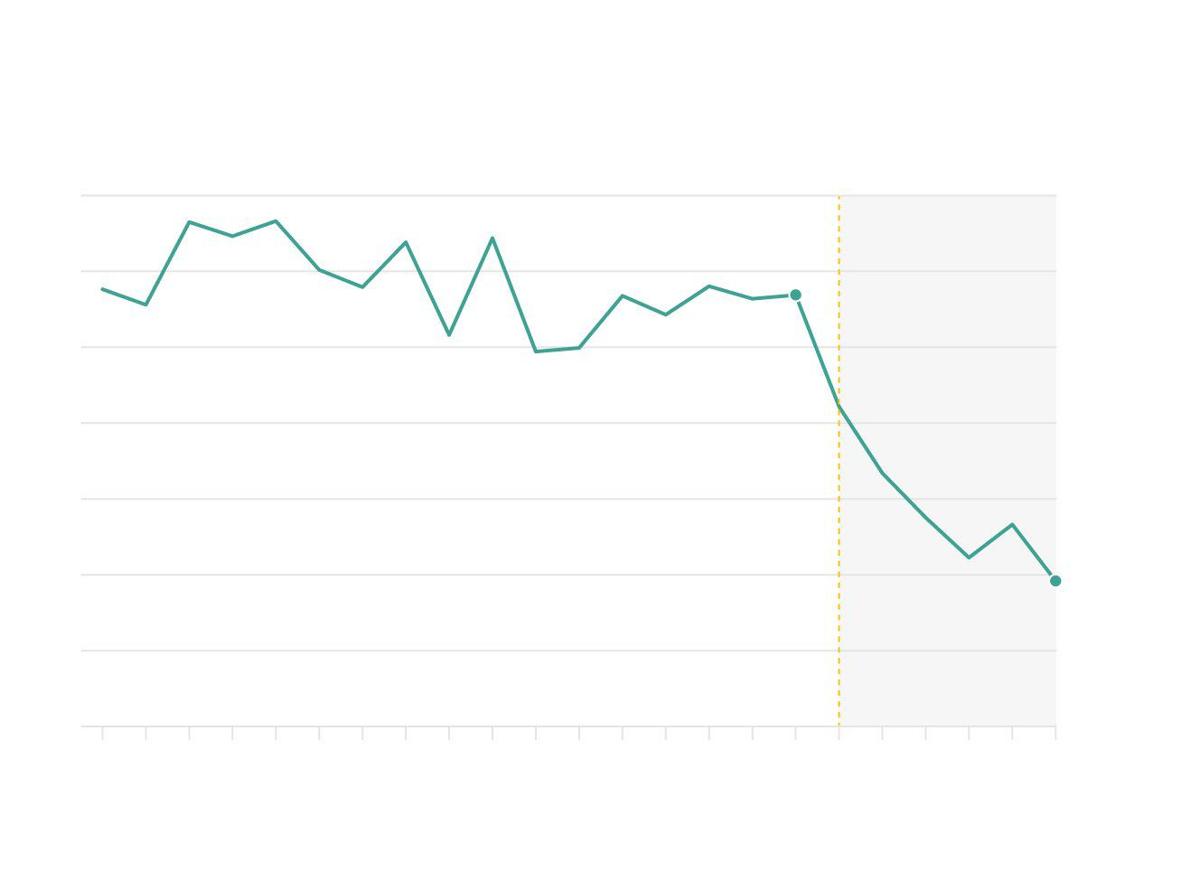 Since then, the number of low-level pot cases filed by prosecutors has plummeted. Some law enforcement agencies that still pursue charges are spending significantly more money at private labs to ensure that substances they suspect are illegal marijuana aren't actually hemp.

The Texas Department of Public Safety and local government crime labs expect to roll out a long-awaited testing method to distinguish between the two in the next month or so. But that's only for seized plant material. There's still no timeline for when they will be able to tell if vape pen liquid or edible products contain marijuana or hemp. And DPS said even when its testing is ready, it doesn’t have the resources to analyze substances in the tens of thousands of misdemeanor marijuana arrests made each year — testing it didn’t have to do before hemp was legalized.

“If law enforcement agencies and prosecutors asked for all of those to be tested when these new procedures become available … DPS would start with such a huge backlog that it would likely never get caught up,” said Shannon Edmonds, director of governmental relations for the Texas District and County Attorneys Association. “One decision for prosecutors and law enforcement agencies and the labs is: How do they triage these cases to focus on the most important ones?”

In June, Gov. Greg Abbott signed into law a widely supported bill to legalize hemp in Texas. The bill focused on agriculture practices and regulations, but it also narrowed the state’s definition of marijuana from cannabis to cannabis that contains more than 0.3% of tetrahydro cannabinol, or THC, the ingredient in marijuana that gets you high. Anything with less THC is hemp.

Lawmakers were warned the measure could bring marijuana prosecution to a halt without more resources because public labs could only determine whether THC was present in a substance, not how much was present. Still, the legislation sailed into law with no crime lab funding attached. State leaders and the bill authors have since reaffirmed that the law did not in any way decriminalize marijuana.

Soon after its passage, however, district and county prosecutors across the state, in counties that lean both Republican and Democratic, began dropping hundreds of low-level pot cases. Some began requiring law enforcement agencies to submit lab results proving the suspected drugs had more than 0.3% THC before they accepted cases for prosecution. The Texas District and County Attorneys Association advised its members that such testing likely is needed to prove in court that a substance is illegal.

Without public lab testing available, some police agencies turned to private labs — but at a cost. In North Texas,Frisco and Plano police said last month that they continue to pursue all suspected marijuana offenses, submitting cases to private labs for testing. The Collin County district attorney now requires lab results for misdemeanor cases, according to Gail Leyko, the Plano Police Department’s legal adviser. She said all marijuana cases are still being prosecuted, but it costs the city hundreds of dollars more per test to go through private labs that can determine THC concentration.

The Plano City Council approved more funds this summer for the department to test substances in misdemeanor marijuana cases, she said. Other counties without resources for more expensive testing are sending cases to DPS to await its new testing method, rejecting or holding misdemeanor marijuana cases for now, Edmonds said. Private testing can get even more expensive if lab employees also need to testify in court, he said.

"It can be hard to justify that for a misdemeanor," he said.

Counties like El Paso have argued there still remains enough circumstantial evidence to prove something is marijuana without submitting cases for lab testing. The difference in interpretations has led to varying levels of change from jurisdiction to jurisdiction, but one obvious result has been a sharp statewide decline in low-level pot prosecution.

In 2018, Texas prosecutors filed about 5,900 new misdemeanor marijuana possession cases a month, according to data from the Texas Office of Court Administration. The first five months of 2019 saw an average of more than 5,600 new cases filed a month. But since June, when the hemp law was enacted, the number of cases has been slashed by more than half. In November, less than 2,000 new cases were filed, according to the court data.

For those who support marijuana legalization, that change is welcome, adding to an already growing effort in some of the state’s most populated counties to divert pot smokers from criminal prosecution or not arrest them at all.

“It means that there are fewer Texans that are getting slapped with a criminal record for marijuana possession, something that is already legal in other states,” said Katharine Harris, a drug policy fellow at Rice University’s Baker Institute for Public Policy.

But the patchwork system of a temporary de facto pot decriminalization in some cities or counties was not intentional, according to the hemp bill’s authors and state leaders. Republican House Speaker Dennis Bonnen has told his chamber’s criminal jurisprudence committee to examine the new marijuana testing before the Legislature reconvenes in 2021 and ensure “existing state law can be enforced.”

That testing is finally almost ready. Officials have been working on a new testing method since last summer, which DPS has said should be ready for criminal case testing early this year. Edmonds said the agency told prosecutors in early December that the testing should be ready in February.

The new method is based on the U.S. Drug Enforcement Administration’s test and will indicate if a plant substance has above or below a 2% THC concentration. Officials have said the level, though higher than the 0.3% cutoff, should satisfy law enforcement needs since nearly all marijuana plant prosecutions involve THC concentrations of 12% or higher. There is no timeline yet for when non-plant materials will be able to be tested.

“The first priority is plants, the second priority is vapes and liquids, and the third is going to be the gummies and edibles,” said Sarah Kerrigan, chair of the forensic science department at Sam Houston State University, who is working with public labs on the new testing method.

Still, the labs will be limited in how many cases they can handle. DPS crime lab director Brady Mills said case priority is a “new a question that needs to be addressed” by the labs and prosecutors. Although the new method for plants is still being validated and tested, he said his labs have casework lined up.

“We’re working on the validation process first, and once that gets completed, we’re going to figure out how to address the backlog,” he said.

Disclosure: Rice University and Sam Houston State University have been financial supporters of The Texas Tribune, a nonprofit, nonpartisan news organization that is funded in part by donations from members, foundations and corporate sponsors. Financial supporters play no role in the Tribune's journalism. Find a complete list of them here.

Sorry, there are no recent results for popular images.